It’s challenging to comprehend the metaverse because it doesn’t yet exist. There is a developing lexicon to describe the next iteration of the internet because Big Tech companies like Epic Games, Nvidia, Microsoft, Intel, and Facebook (I mean, “Meta”) won’t stop talking about it.

In that vein, Quartz put together a glossary for readers who are interested in the metaverse:

How to define the metaverse

If browsing and scrolling through the internet today is two-dimensional, then the metaverse is three-dimensional. Through a set of connected headsets or glasses, you’ll be “walking” through it.

The way we interact with technology is changing significantly due to the metaverse. It is a shared virtual space where the virtual realities of the physical and digital worlds collide, much like a 3D internet or cyberspace. It is made possible by technologies like 5G, the internet of things (IoT), artificial intelligence (AI), head-mounted displays (HMDs), virtual reality (VR), augmented reality (AR), and space technologies. However, it is device-independent, which means it is always present whether or not you are in the metaverse. If you want to know more about the metaverse-related project, better consult Metaverse Development Services.

The metaverse operates on a non-fungible token-enabled economy with a virtual digital currency not owned by a single vendor.

The term “metaverse” currently refers to an open, digitally enhanced virtual environment where users can interact with each other through a custom avatar to work, play, and socialize. Imagine it as a video game where, in place of quests, players live their virtual lives as they would online, but with ever-increasing levels of immersion.

It is simpler to talk about the metaverse the way we talk about the internet. Similar to how social media platforms in Web 2 welcomed users by allowing them to create online profiles and interact with others, only in immersive 3D settings. As a result, users can communicate within metaverses.

What’s the difference between VR and AR?

Virtual reality (VR) is an immersive experience that allows users to see and interact with a digital world by donning a headset. Instead of using glasses, VR immerses the user in a 360° virtual world where they can move around—as long as they don’t run into real-world obstacles.

AR is a digital image superimposed on the physical world. Consider Snapchat’s dancing hot dog, Niantic’s Pokemon Go, or even wearables like Google Glass. While Google Glass never really took off, we might soon be looking through AR-connected glasses like Snapchat Spectacles or Facebook’s Ray-Ban Stories.

Extended reality is a catch-all term for the frequently overlapping ideas of VR, AR, and MR. As the metaverse becomes a reality, the distinctions between VR, AR, and MR may eventually become hazy, making the term XR more appropriate.

Getting around the various metaverses

The term “metaverse” was first used by science fiction author Stephenson in his widely read 1994 book Snow Crash. The titular protagonist, Hiro Protagonist, travels the persistent virtual world known as the metaverse in the book.

The term “massively multiplayer online role-playing game” (MMORPG) refers to an interactive game that many believe will serve as the foundation for the metaverse. Millions of people engage in communal activities such as playing games, creating objects, shopping online and even attending concerts. Examples include Axie Infinity, Roblox, Fortnite, and Minecraft.

Oculus and Horizon Workrooms: In 2014, social media giant Facebook paid $2.3 billion to acquire Oculus. Oculus has long been a top VR platform, but many people who want to see a glimpse of Facebook’s plans for the metaverse may now go through it. Horizon Workrooms, a kind of VR version of Zoom with legless avatars, has already been released by Facebook.

Second Life is an early example of social interactions in the metaverse. It is an online virtual world that was first released in 2003. It’s an open-world social network with avatars. The metaverse may resemble a VR version of Second Life.

Digital object authentication certificates based on blockchain could be used to prove ownership of goods in the metaverse.

There is currently a significant distinction between centralized and decentralized metaverses. This simply means that centralized metaverses are owned and run by a company, which implies that all user-owned data and assets are also under the control of this organization. Because it is decentralized, users can interact with it through a public blockchain wallet, and there is no single owner.If you want to know more about application of Metaverse, NFT, etc., you should talk to NFT minting website development company to save your time and money.

7 Creative Ideas For Your Next Virtual Conference 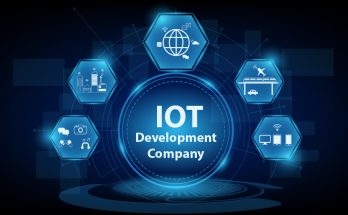 Your Business Can Benefit From An IoT Development Company 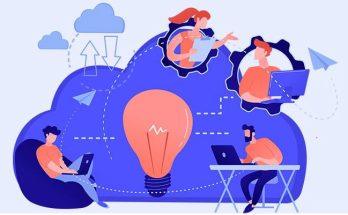 How to Make Your Content Marketing Efforts Pay Off

What Is The Perfect Way To Store Your Vehicle Tyres?

The Ultimate Guide To Vehicle Wrapping

containers for sale - Why Should You Consider Installing Outdoor Blinds?

There is so much in this article that I would never have thought of on my own. Your content gives…

Want to watch your favorite Clue The Musical live? - Blogg Booster - Apply Buywow Coupon Code And Get The Best Discounts On Skin And Hair Care Products

[…] The Musical Tickets are now on sale! Use coupon code “FIESTA” at checkout for a 5% discount on your…

carp -  What Is The Perfect Way To Store Your Vehicle Tyres?

Thanks for this, it gave me a great insite